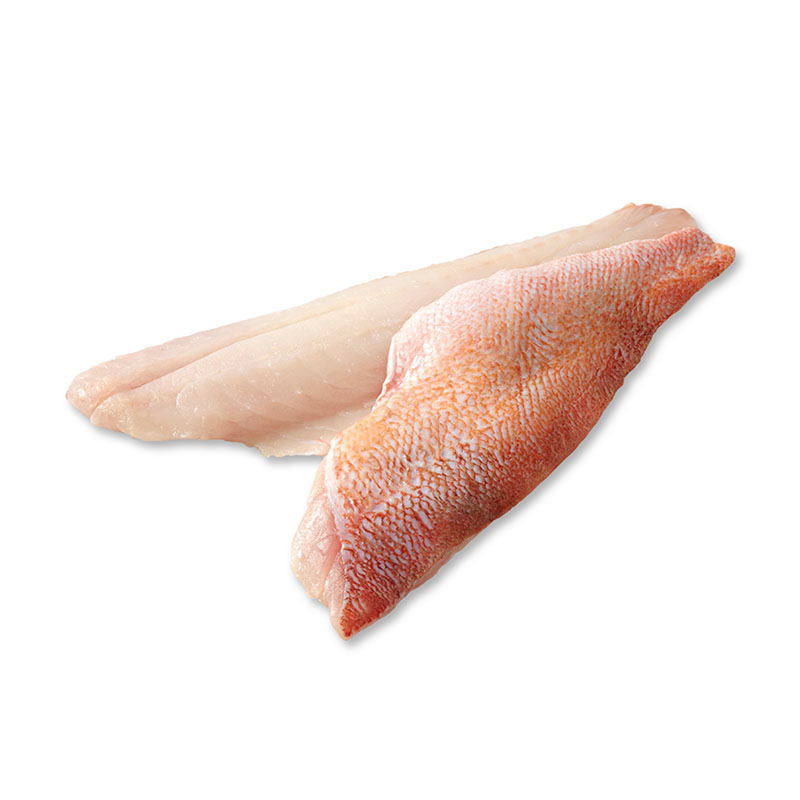 Redfish can be devided into Pacific redfish(Sebastes Alutus)and Atlantic redfish(Sebastes norvecicus),the harvesting areas for the Pacific redfish are FAO61,FAO67 and the harvesting area of Atlantic redfish(Sebastes norvecicus) is FAO27,is commonly called Ocean perch,rosefish, deep-sea perch,Ocean perch is mild tasting yet a bit sweet, with a moderately firm texture. The meat is lean, moist and flaky. Large ocean perch develop a coarse texture. Deep-skinned ocean perch with the fat line removed has the most delicate flavor. The flesh is white, though not as light as cod, and it turns opaque white when cooked.Whole fish may have bulging eyes and distended air bladders, which is a result of being brought up from great depths, not an indication of poor quality.

In Asian cuisine, ocean perch is often served whole, either steamed or deep fried. To cook whole, gut and gill the fish first. The firm texture of ocean perch makes it also suitable for soups, chowders and stews, and its flavor will hold up to a variety of sauces. Fillets hold together best with the skin on, though the flavor will be more pronounced.Although the Pacific Ocean claims over 50 species in the Sebastes genus, the Atlantic has only one ocean perch, a slow-growing, deepwater fish with bright-red or orange-red coloring. Atlantic ocean perch are not actually perch. They’re rockfish that travel in large schools. They are called redfish in New England and eastern Canada and should not be confused with redfish from the Gulf of Mexico, which are drums. Ocean perch is a leading retail product in the Midwest, where the name “perch” is an easy sell because of its freshwater connotation. Atlantic ocean perch are found in offshore waters of the Atlantic from southern Labrador to the Gulf of Maine and on the other side of the Atlantic off Germany, Denmark, Iceland and Norway. Most Atlantic ocean perch are trawl-caught and weigh up to 5 pounds, though market weights typically range from 1 1/2 to 2 pounds.