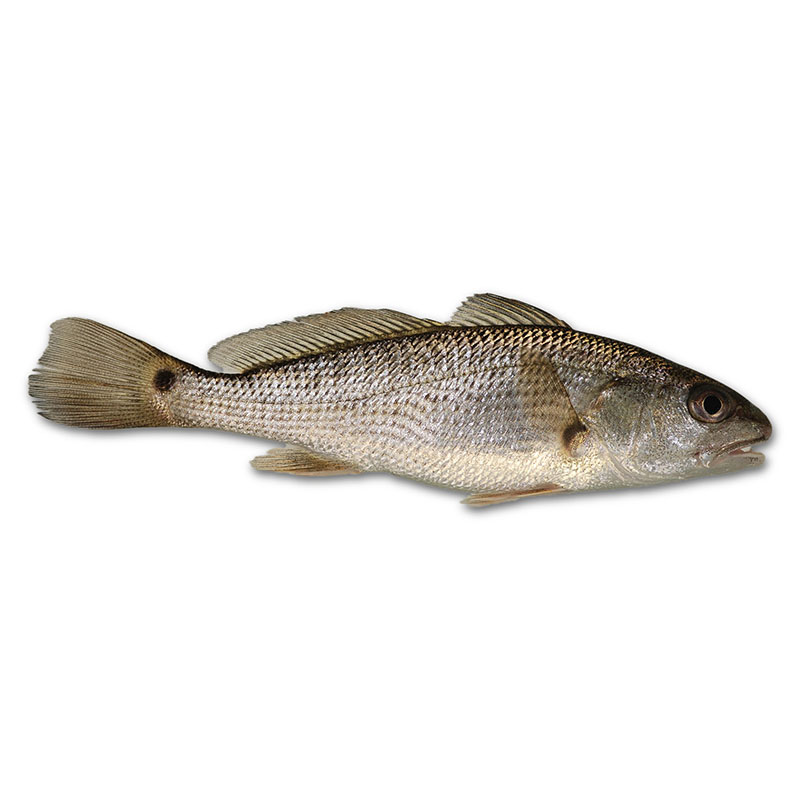 Red Drum is a farm raised fish, it is popular in Europe, North Ameica, Asia etc.

Red drum are a dark red color on the back, which fades into white on the belly. The red drum has a characteristic eyespot near the tail and is somewhat streamlined. Three-year-old red drum typically weigh 6-8 lb.

Average 20 to 30 inches in length; can grow as long as 5 feet and weigh as much as 90 pounds. Adults most often found near the shoreline; juveniles common in the Bay's shallows. School near the water's surface.

The red drum (Sciaenops ocellatus), also known as redfish, channel bass, puppy drum, spottail bass, or simply red, is a game fish found in the Atlantic Ocean from Massachusetts to Florida and in the Gulf of Mexico from Florida to northern Mexico. It is the only species in the genus Sciaenops.

The red drum is related to the black drum (Pogonias cromis), and the two species are often found near to each other; they can interbreed and form a robust hybrid, and younger fish are often indistinguishable in flavor.

The most distinguishing mark on the red drum is one large black spot on the upper part of the tail base. Having multiple spots is not uncommon for this fish, but having no spots is extremely rare. As the fish with multiple spots grow older, they seem to lose their excess spots. Scientists believe that the black spot near their tail helps fool predators into attacking the red drum's tail instead of its head, allowing the red drum to escape. The red drum uses its senses of sight and touch, and its downturned mouth, to locate forage on the bottom through vacuuming or biting. On the top and middle of the water column, it uses changes in the light that might look like food. In the summer and fall, adult red drum feed on crabs, shrimp, and mullet; in the spring and winter, adults primarily feed on menhaden, mullet, pinfish, sea robin, lizardfish, spot, Atlantic croaker, and mudminnows.