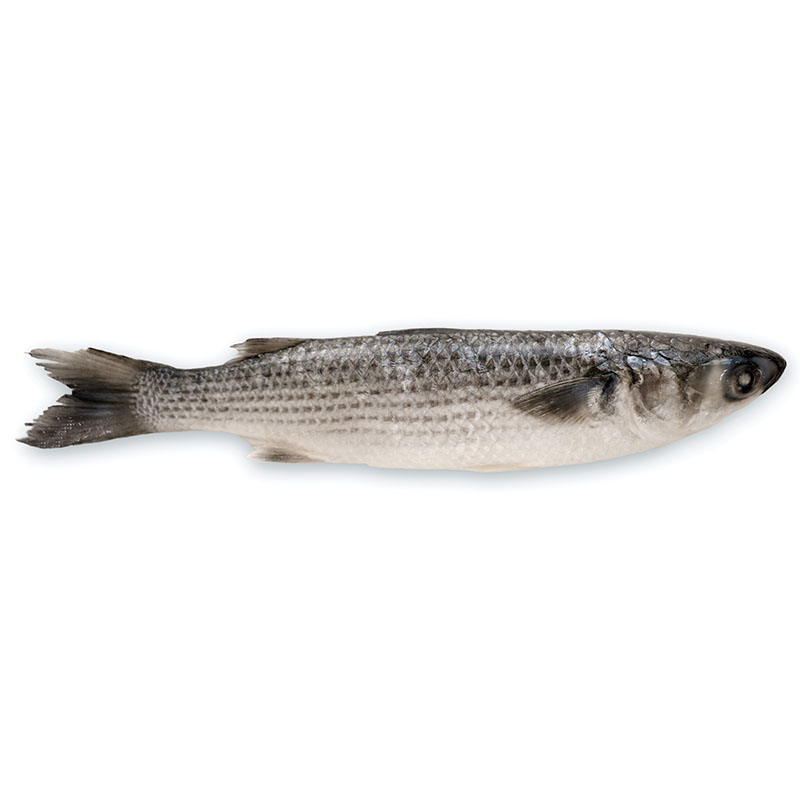 Grey Mullet is the wild-harvested fish,we can find the stable demands for this products from Middle East and E.U market.

Grey Mullet is an important food fish species in the mullet family Mugilidae. Grey Mullet is cosmopolitan throughout coastal tropical to warm temperate waters. In the western Atlantic Ocean, it is found from Nova Scotia, Canada south to Brazil, including the Gulf of Mexico. It is a mainly diurnal coastal species that often enters estuaries and rivers.

Grey Mullet has an oval, elongated silver-grey body, like a bigger and slightly more elegant herring. It often has dark, horizontal lines. Its length is typically 30 to 75cm It is known with numerous English names, including the flathead mullet, striped mullet, black mullet, bully mullet, common mullet, grey mullet, sea mullet, and mullet, among others.

Grey Mullet is a mainly diurnal coastal species that often enters estuaries and rivers. It usually schools over sand or mud bottoms, feeding on zooplankton. The adult fish normally feed on algae in freshwater. The species is euryhaline, meaning that the fish can acclimate to different levels of salinity.

The back of the fish is olive-green, sides are silvery and shade to white towards the belly. The fish may have six to seven distinctive lateral horizontal stripes. Lips are thin. The mullet has no lateral line. A common length is about 50 cm and its maximum length is 100 cm. It can reach a maximum weight of eight kilograms.

Adults exhibit shoaling habits. They feed on plankton. Juveniles are found among floating seaweeds. The collection of young is the basis for prosperous aquaculture in Japan. Raised in captivity and marketed fresh for sashimi.

Grey Mullet is a textured sea fish with a strong flavor. Ideally, cook it whole so that this great-tasting fish keeps together and stays moist. It is popular in Asia, Africa, and European markets. We can supply both wild and farm caught China grey mullet. Japan and Mauritania origin are also available.