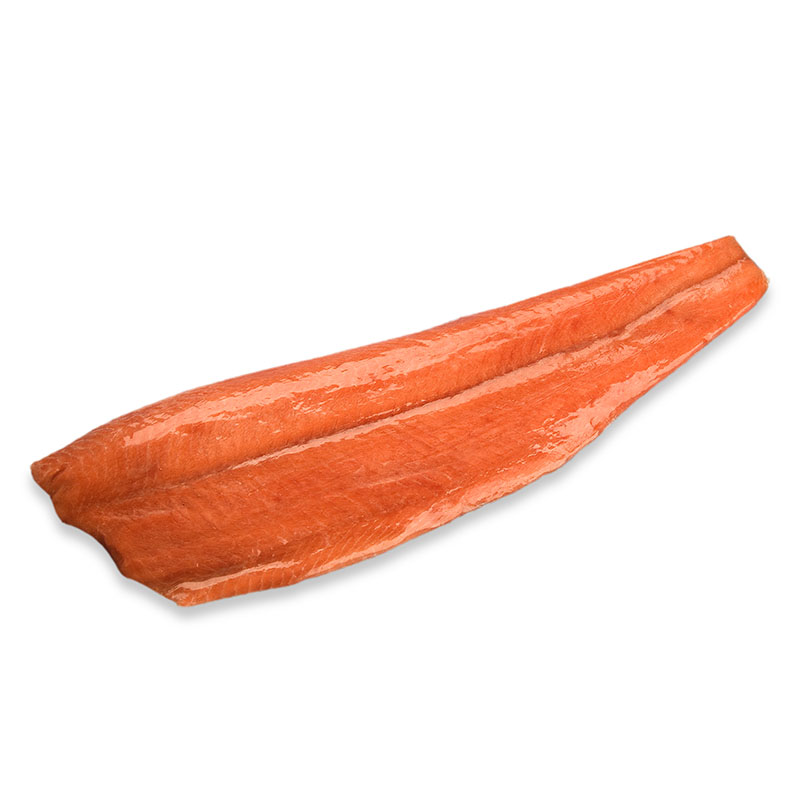 Chum Salmon is wild-harvested fish,the harvested area is FAO 61 and 67,we can see this items taking a great amount of market share in E.U and U.S markets.

Chum Salmon (Scientific Name:Oncorhynchus keta) is commonly called keta salmon,Dog salmon, calico salmon, chub,is one of the most wide-ranging of the five Pacific salmon species,are landed in commercial quantities in the eastern North Pacific from Del Mar, California, to the Arctic Ocean’s Mackenzie River and south to Honshu, Japan. the main forms of the Chum Salmon are fillet ,portion and steak,Chum salmon has a lower oil content than the other wild salmon, which gives it a relatively mild flavor. However, it’s the meatiest and firmest in texture of the wild species.

The pinkish-orange flesh of chum salmon is paler in color than that of sockeye, coho or chinook and is firm and coarse.Raw meat is orange, pink or red. The exact color depends on where the fish was caught. Meat becomes progressively paler and grayish during the upstream migration to spawn. Fish with watermarks below the lateral line have soft meat that is not flavorful, though it may be pink.Chum meat is good in casseroles and other dishes where color is not a consideration. Because of its relatively low price, chum is often used in value-added items. Since chum is a lean fish, it doesn’t grill or broil as well as the fattier salmon. It’s better to use chum with recipes designed to help the fish retain its moisture. For grilling, marinate first and baste while cooking.