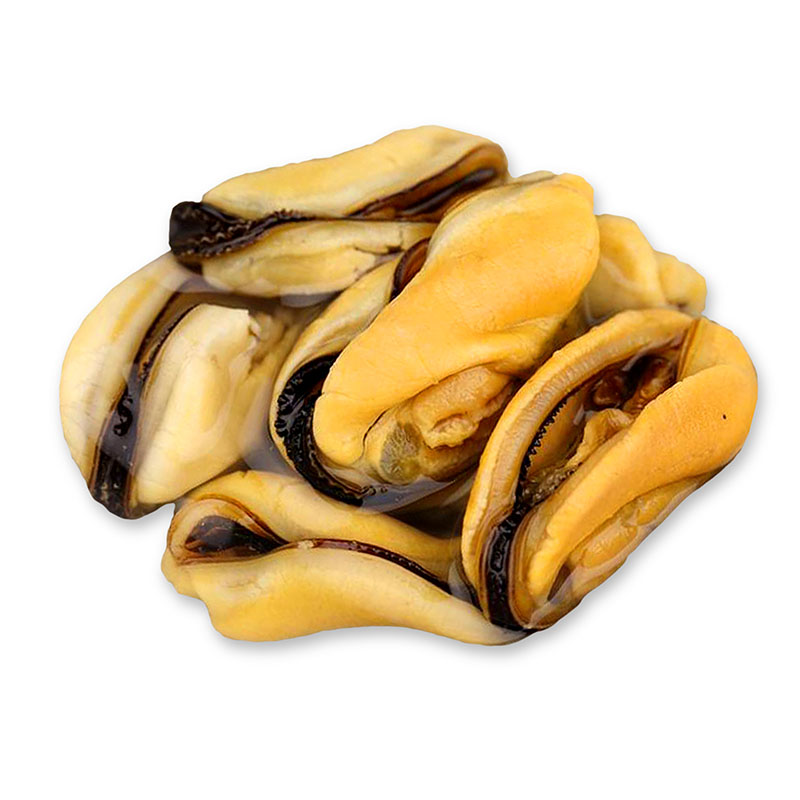 Blue Mussel is farm-raised,it is very in the U.S market.

Mussels are found on both the Atlantic and Pacific Coasts of the United States and are a common shellfish throughout Europe. The Blue Mussel, Mytilus edulis, was established in China in the 1970s as a non-native species for aquaculture and wild fisheries. In Chile, the farming of the native Chilean Blue Mussel, Mytilus chilensis, has rapidly grown since the early 2000s. Sea Port In recent years greatly increased its importing of these two Blue Mussel delicacies.

Traditionally, washed, live mussels have been sold along the Eastern Seaboard and to a lesser extent along the Pacific Coast. As market acceptance has grown, a number of processors started offering a variety of imported frozen mussel products that expanded the market.  Farmed mussels are increasingly important. They offer cleaner product, generally on ropes or stakes and are therefore clear of sea-bottom mud. Farmed product tends to be more consistent in size and meat content than mussels harvested from the wild.

Blue Mussels are regularly shaped with light ridges running around their shells. They vary greatly in color from light brown through greenish or dark blue and black. Meat colors also vary from creamy (usually males) to brown and orange (usually females). Shell and meat color offer no indication wholesomeness. The soft parts enclosed by the shells are all edible. Blue mussels have a distinctive rich, sweet taste, like a blend of oysters and clams. Mussels should look and smell fresh and have tightly closed shells. Mussel meats, which range from white to orange, are plump and tender, but less soft than clams. Color doesn’t indicate quality. Females tend to be orange when ripe (they’re fine to eat and, unlike oysters, don’t taste oily when about to spawn).If a mussel’s shell gapes, try to pinch it shut. If the mussel is alive, it will respond by shutting its shell tightly. If it doesn’t, discard the mussel, along with any that have broken shells.

Today the fresh market for mussels is secondary to that of frozen mussles that are being offered in multiple forms such as extracted cooked, blanched, and raw meats, half shell, and whole cooked vaccum packed. Sea Port's mussels from both China and Chile are offered in these various forms. Mussels have beards, or byssus threads, which they use to anchor themselves to a growing medium. The beard should be removed just prior to cooking. Mussels are best steamed in water, wine or cream broth seasoned with herbs and garlic. Try cold, lightly marinated mussel meats served in a sauce of mayonnaise, mustard and garlic, or use cooked mussel meats in pasta salads or as an appetizer. Mussels are also great in seafood soups or stews, like cioppino or bouillabaisse.